We started the year with an article byline that read, “Analytical technology development will continue to forge ahead and confront challenges as they emerge.” This is a bold proclamation to be sure, but one that is certainly appropriate given the pandemic and its challenges.

As the year has progressed, a promising number of new LC and GC products and solutions have emerged. This fares well for the health of these analytical industries and the economy as a whole. Here are a few notable new products and technologies. 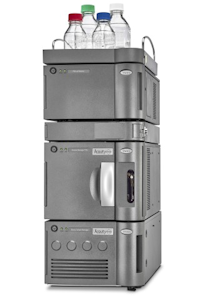 Waters is a pioneer in liquid chromatography technology, having previously released the ground breaking and highly successful ACQUITY UPLC system among many other LC solutions. February 2021 saw the latest innovation to be released, the new ACQUITY Premier system (shown right). Here are the novel and advanced features of the platform:

What is MaxPeak HPS technology? It is a hybrid organic/inorganic surface technology that forms a barrier between the samples and the metal surfaces of the UPLC system and the column. By eliminating these interactions, separations performance is elevated significantly. These improvements include:

How do these improvements equate to greater quality and return on investment? The solution is intended to solve real world problems and analysis of challenges analytes, including:

Many areas of analytical science beyond the life sciences stand to potentially benefit from this new ACQUITY Premier technology as well.

The Mini LC from Lucidity 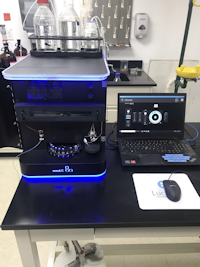 Lucidity, a division of CEM, has created a byte-sized version of the traditional LC, the latest in a string of small scale devices for basic analytical testing. What makes this Mini LC (shown right) device special?

Of course the diminutive size can also be a big advantage, particularly for space conscious or remote testing applications. 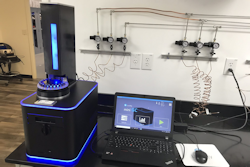 In mid-2020, Lucidity released the Mini GC version of this technology concept (shown right), with many of the size and performance features of the Mini LC incorporated into the design. Since that time, the system has been validated and run through a litany of applications.

What are some of the advanced features that make the Mini GC unique?

A range of columns are available, as are accessories and components, rounding out the performance capabilities of this diminutive yet powerful GC.

These are a few of the recent releases in the LC and GC technology spheres. 2021 promises to bring many more offerings as the world accelerates forward from the challenges of the past year.