Taking on the risk of compressors expected to fail

For decades, compressors have been both the most critical component and the weakest link of ultra-low temperature (ULT) freezers. Commercial refrigeration compressors were never originally intended to maintain temperatures as low as -86ºC. Compressor-based freezers are complex and energy-hungry equipment with a fatal flaw: oil lubrication is essential to their operation. Failure to manage this oil typically causes a compressor to fail at least once in the freezer’s life, putting priceless samples — and years of lab research — at risk. But there was no other option.

A classic engine leads to a breakthrough in ULT freezers

That is, until the introduction of the free-piston Stirling engine for ULT freezers. The Stirling engine, invented in 1816, has been engineered into a free-piston design (devoid of rotating parts, oil, side loads and mechanical linkages of other Stirling engines) as the basis of the first — and only — compressor-free ULT freezers ever developed. It has created a new class of freezer that eliminates the risks and large energy demands of cascade-compressor freezers, while bringing the lab or production facility measurable improvements in temperature stability, equipment longevity, ergonomics, environmental sustainability, infrastructure and total lifetime cost of ownership. 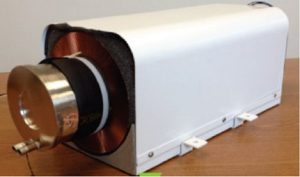 These benefits accrue from the advanced simplicity of the free-piston Stirling engine, which has just two moving parts: a piston and displacer that glide on frictionless gas bearings, with energy removed from the freezer and transported to the engine via a gravity-driven thermosiphon. The hermetically sealed engine requires no oil or lubricants and is nearly maintenance-free, with virtually no components to fail.

Conventional ULT freezers generally rely on compressors operating in a two-stage cascade arrangement: one to cool ambient air to an intermediate temperature; the second compressor cools the freezer cabinet from the intermediate temperature — a process incorporating condensers, heat exchangers, evaporators, capillary tubes, oil separators and dryers. Compressor-based systems may have up to 24 moving parts, each liable to fail once (or more) over the life of the freezer, resulting in a significant risk of losing samples to an unplanned failure.

The safety of simplicity 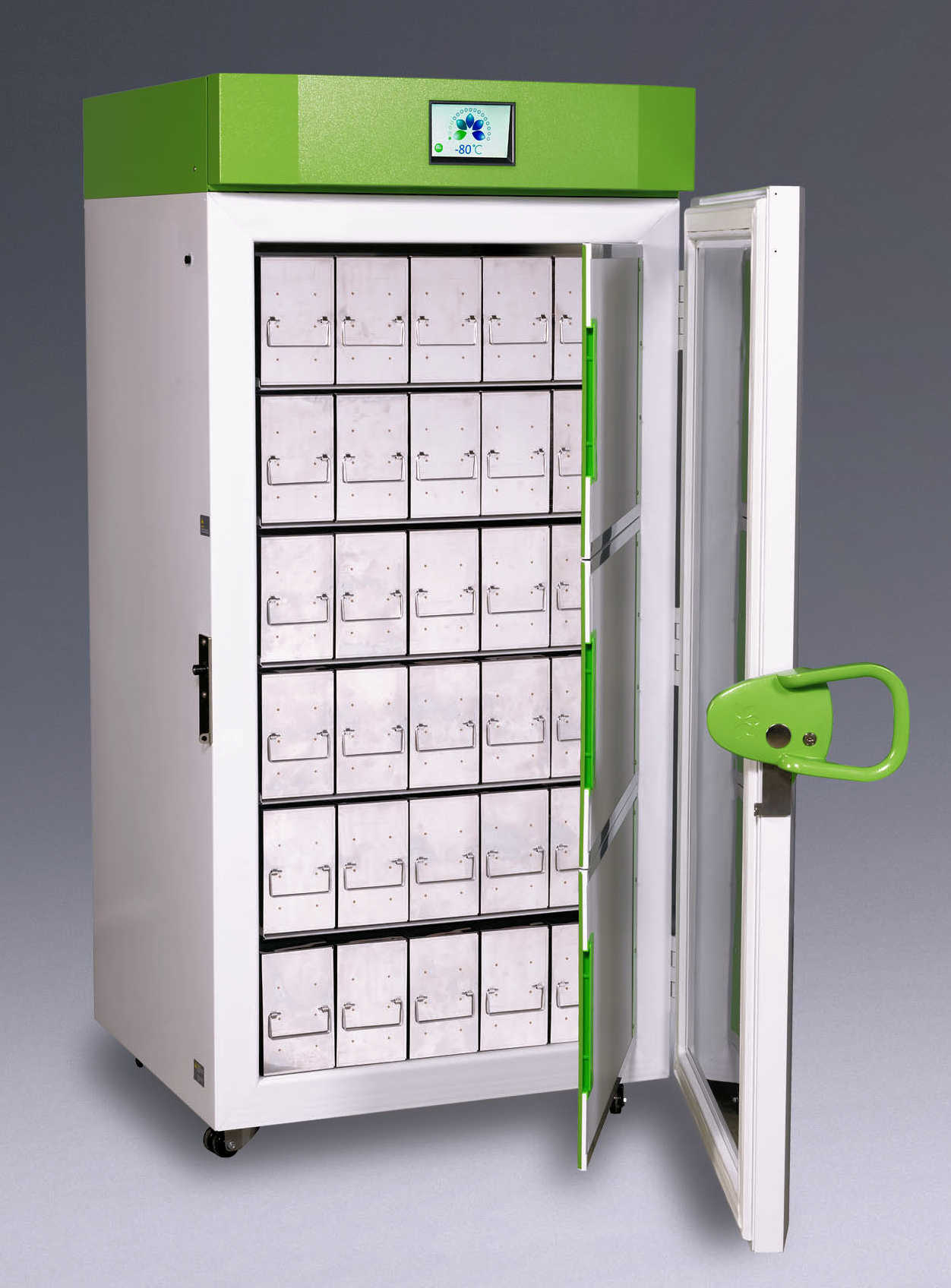 The engine compresses and expands environmentally benign helium gas in separate spaces, absorbing energy using a cold head, and rejecting heat into the environment. This continuously cools a small mass of ethane, a natural hydrocarbon, which then cools the freezer cabinet with a gravity-driven thermosiphon. The thermosiphon, which has no moving parts, continuously absorbs heat from the freezer’s interior. The ethane vaporizes (removing energy), and then condenses to a liquid (giving up that energy) at the cold head of the engine.

The engine operates at a constant frequency, with cooling modulated by changing the piston’s amplitude automatically. Continuous temperature modulation is one of the features of the free-piston Stirling engine: the temperature at any spatial point in the freezer remains within +/- 1°C during steady-state operations, and rapidly recovers the temperature after the freezer door is opened.

In contrast, cascade compressor freezers maintain their temperatures by cycling on and off, creating a “saw tooth” temperature profile of +/- 5°C during routine operation. In addition to reducing temperature stability, stopping and starting the compressors thousands of times per year puts significant mechanical stress and current surges on them, impacting both their working life and likelihood of failure.

All traditional cascade compressor freezers demand an exceptional amount of electricity; one unit uses as much electricity as the average American household. The energy efficiency of the Stirling engine has been a key driver of its rapid adoption by companies closely monitoring expenditures, infrastructure and environmental sustainability. ULTs using the Stirling engine — which can plug into any ordinary outlet power source, from 110V to 240V — typically use 70 to 75% less electricity than standard compressor-based ULT freezers.

All freezers dump the energy they remove and the power they consume into the room. This loads the HVAC system and creates a warm environment around the freezers. Because Stirling ULT’s use up to 75% less energy of a traditional freezer, they load the HVAC system with 75% less heat.

The Stirling engine design is also compact, enabling a smaller freezer footprint but with the highest storage density of any current ULT, storing up to 50% more 2 mL vials per square meter/foot of floor space.

Unlike compressor-based systems, Stirling technology can also be miniaturized. This innovation has allowed the introduction of ULT storage that is portable enough to be hand-carried, such as in clinical settings and remote locations where full-size models are impractical.

Facilities’ capital cost savings are also captured by taking advantage of the Stirling engine’s remarkably low energy use and heat output. When setting up labs and biorepositories with ULTs using Stirling technology, engineers and architects can scale down HVAC systems, building power distribution, switchgear and backup power systems, all of which reduce the high infrastructure cost demanded by standard compressor-based ULT freezers.

The free-piston Stirling engine is also becoming a significant contributor to meeting environmental responsibility and climate action initiatives throughout the research community. By replacing high-energy consuming ultra-low freezers with energy-efficient Stirling units, these organizations are substantially reducing the size of their upstream carbon footprint from generated power. This freezer replacement further benefits environmental sustainability due to the natural refrigerants used in Stirling engine technology, which enables the phase-out of atmosphere-depleting HFCs.

An engine addressing every aspect of ULT technology

For many of the world’s leading biopharma organizations, the Stirling engine has eliminated the risks of using decades-old technology that is expected to fail, delivering advances in reliability, stability, efficiency, sustainability and, above all, long-term sample safety and integrity.

Scott Masiella is director of product management at Stirling Ultracold, which manufactures and sells environmentally sustainable ultra-low temperature (ULT) freezers for the global market from its headquarters in Athens, Ohio. https://www.stirlingultracold.com/