Antibodies are the versatile workhorse of biomedical and life sciences research, and there’s more to that than you’d expect.

Chances are if you work in Life Sciences you’ve either worked with antibodies at some point or know someone who has. 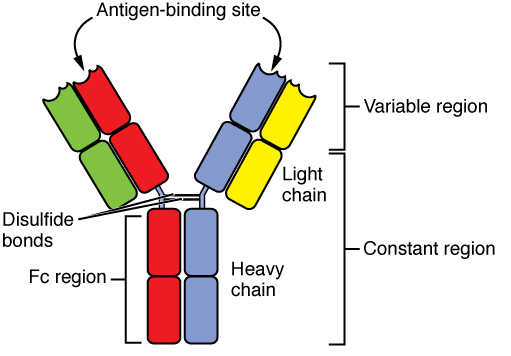 Also known as immunoglobulins, antibodies are used in a myriad of applications, including ELISA, immunoprecipitation, Western Blots, and more.

Recently they have received a lot of attention for their use in various SARS-Cov-2 testing methods as they play key roles in serology tests and most immunoassay methods. Many groups have developed new approved testing methods, and companies have produced Covid-specific products and technologies, as we explored in a previous article.

Outside of Covid-19 and protein-specific research, antibodies have a number of other interesting applications, including some you may not have heard of before.

The Rise of Antibody-based Biopharmaceuticals

Immunotherapy has been around for over a century in the form of allergen immunotherapy, a process that involves reducing allergic reaction to environmental allergies by repeated exposure to miniscule amounts of allergen over time. One of the most common uses of immunotherapy is in various cancer treatments. But did you know that there is an entire branch of immunotherapy that uses specific antibodies as therapeutic treatments for a wide variety of conditions?

Therapeutic antibodies work by targeting and suppressing a specific gene linked to a disease or symptom, thereby reducing or eliminating the harmful effects experienced by the patient. Antibodies variability and specificity allow them to be tailored to a huge range of specific genes and their applications are far reaching. Many specific antibodies have been developed into prescribable medications for things like multiple sclerosis, rheumatoid arthritis, psoriasis, and other autoimmune disorders. One such example is the drug adalimumab, also known as Humira, which is widely prescribed to treat a variety of autoimmune-related disorders such as ankylosing spondylitis, Crohn's disease, and ulcerative colitis.

Antibodies can also be used to directly treat immune deficiencies, by simply injecting the patient with the required antibodies that their immune system is not producing naturally. Antibodies have greatly helped in the creation of the field of biopharmaceuticals, and they remain one of the most common types of immunotherapeutics on the market. 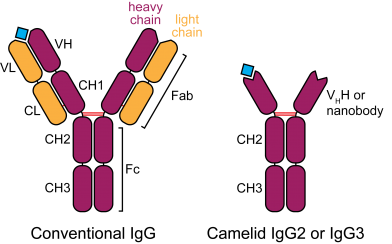 Have you heard about Alpaca antibodies? The most common antibodies used in research come from mice, rabbits, sheep, goats, and horses but camelid antibodies are unique among mammals. Camelids—Alpacas, Llamas, and Camels—produce additional antibodies that lack the light-chain components that normal antibodies possess. These antibodies, called nanobodies, are smaller in size (as the name suggests), more acid and heat stable, and easier to produce than traditional antibodies. These factors combined mean that alpaca antibodies have exceptionally high potential for use in both biopharmaceutical therapies and research.

Camelid nanobodies have been used extensively in research into Covid-19 treatments and prevention, specifically targeting the spike protein and its binding receptors. One study even utilised a synthesized antibody that combined both alpaca and llama nanobodies to maximize effectiveness at disrupting SARS-Cov-2 binding to cells by attacking multiple locations on the spike protein simultaneously. 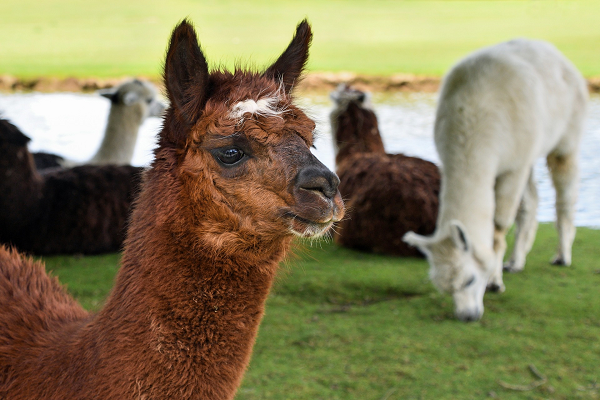 Alpaca antibodies are also being researched as a source of immunotherapy treatments for a wide variety of diseases, including Alzheimers, genetic intellectual disabilities, and numerous different cancers. A study out of IRB Barcelona and VUB Belgium identified multiple Alpaca-derived nanobodies as being able to block the function of Epidermal Growth Factor (EGF), a growth factor that is dysregulated in cancer cells and as such is regularly a therapeutic target in treatments but previously had no identified inhibitors.

Some research has even suggested that certain nanobodies have the potential to traverse the blood-brain barrier, which could revolutionize the treatment of ailments like brain tumours.

Beyond the realm of traditional biopharmaceuticals, antibody technologies are being harnessed in a wide range of applications. The ability of antibodies to target very specific proteins and peptides allows for highly tailored applications. Some very interesting new research includes:

Regrowing Adult Teeth: Missing or lost adult teeth is a problem faced by many and the only current solution is artificial teeth or implants. But a recent study out of Japan has shown promise at using antibodies to prompt regrowth of missing adult teeth by suppressing a specific gene linked to tooth growth (USAG-1). A single treatment with the targeted monoclonal antibody was enough to grow one tooth. The study initially focused on mice but has been successfully repeated in ferrets, who are diphyodont like humans, and the researchers are now looking towards testing the same theory in pigs. It’s looking rather likely that some day soon we may have an antibody based cure for missing adult teeth. 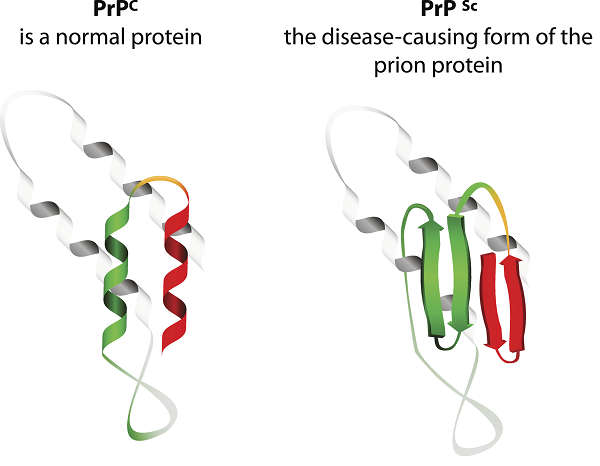 Preventing Prion Diseases: Prion diseases like Creutzfeldt-Jakob Disease and Kuru are almost universally lethal once they progress to the symptomatic stages, and they can remain dormant for decades after exposure. Research into early detection of the change from dormant to active has revealed more about the mechanisms behind the transformation of the benign human prion protein (PrP) into the lethal prion protein scrapie (PrPSc). A new study of one particular mutation (T183A) from Imperial College London and the University of Zurich has indicated that targeted antibodies can prevent PrP from morphing into their disease-causing structure. While this study was only a test-tube proof of concept, it opens the door to future antibody-based research into prevention of prion diseases.

Treating Tick-Borne Diseases: As the climate warms and tick populations spread further north, many tick-borne diseases are increasing in prevalence in the USA and Canada. One such disease, human monocytic ehrlichiosis, is caused by the bacteria Ehrlichia chaffeensis which is extremely difficult to kill using most antibiotics and can be lethal if left untreated. But camelid-derived nanobodies are providing a potential solution, according to new research from Ohio State University. Antibodies are being used to target a specific protein that makes E chaffeensis particularly infectious, and researchers are hopeful that this will lead to an alternative treatment for those affected by the disease.

With these innovative new antibody applications (and doubtless many more), it is quite clear that antibodies will continue to be used in fascinating and exciting research. We can’t wait to see what comes next!